District 2 is a New, Modern & Smart Urban city in the future

All wards of District 2 own in it a new urban area. That brings new and modern things to District 2 real estate compared to the remaining traditional real estate markets of Ho Chi Minh City. Thanks to that, District 2 will become more modern, modern and have a more civilized community system. District 2 promises to become a new center of the city.

District 2 has an area of 5,017.96 ha, in the area of Eastern Ho Chi Minh City, adjacent to the existing central city, bordered as follows: East: border with District 9 through Ba Cua canal; the West borders District 1, District 4 and Binh Thanh District across the Saigon River; the South borders District 7 through Sai Gon River and Dong Nai Province across the Dong Nai River; the North borders Thu Duc district via Hanoi Highway and Binh Thanh District crosses the Saigon River. 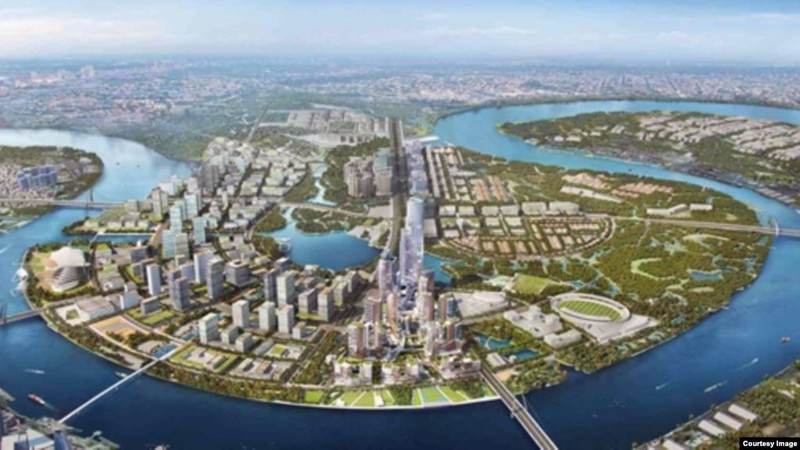 – In addition, the economic structure of District 2 will shift from Industry – Small industry and Agriculture to Trade – Service – Industry – Culture – Sports and Tourism and will affect the usage direction. Land of the County.

The nature and function of planning in order to guide the adjustment of the overall planning task of District 2 to 2020 are determined in the future as: Service – Trade – Industry. The vision of urban development in District 2 in the future is still defined as an expanded urban district with the main functions of Trade – Services – Industry – Culture – Sports and Tourism.

The interconnected transportation infrastructure is one of the factors that help District 2 constantly develop in the coming years.

Residents of District 2 want to go to Vung Tau in just 1h20 minutes, to Phu My industrial park only takes 45 minutes, very convenient for professionals working in industrial parks or high-tech parks.

The Parallel route linking District 2 with District 9 and the Dau Giay – Phan Thiet Expressway helps to shorten the distance between District 2 and District 9 through the urban districts and neighboring provinces.

Find out more About Office for lease in District 2: https://lookoffice.vn/office-for-lease/ho-chi-minh/district-2

Why choose an office for lease in District 2

Ideal Places To Rent An Office In District 10

Office buildings for rent in District 10 have a convenient location, are fully equipped and...

Things to Know When Renting an Office in District 9

As the connecting gateway of the whole Southern region, District 9 is attracting the attention of...

Top 10 Streets With The Most Office Buildings in District 1

The demand for office rental is increasing day by day, especially in big neighborhoods, cultural,...